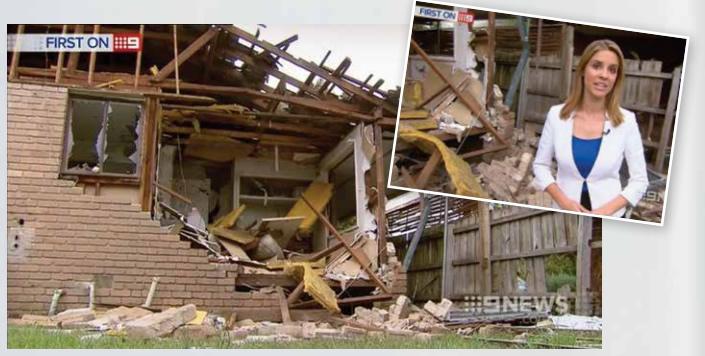 A small leak in a hot water system - now a massive hole in his house! PLUMBERS TIMES The dangers of DIY work were graphically illustrated at a suburban home in Frankston n 2015. The hot water service exploded with the force of a bomb, demolishing the back of a house and catapulting debris half a block away when the home owner replaced a temperature & pressure relief valve with a tap.

For those who missed it, Nine News covered a story recently regarding a hapless plumbing handyman who managed to cause some major damage to a house in Frankston. Channel Nine reported that the police were likely to charge the man with two offences, one under the Gas Safety Act, plus a criminal charge for endangering persons.